However, this is all just context. It’s best not to think about resonance as formants or physical space changes but just as how the voice sounds. We’re much better equipped to change sound color than we are to change physical aspects of our vocal tract.

And here’s a more in-depth video on it:

Introduction to how resonance works

To raise resonance in general, using a combination of modifications.

For making the voice darker and lowering resonance.

All resonances (and so, formants) will be raised by shortening the vocal tract, and lowered by extending it. 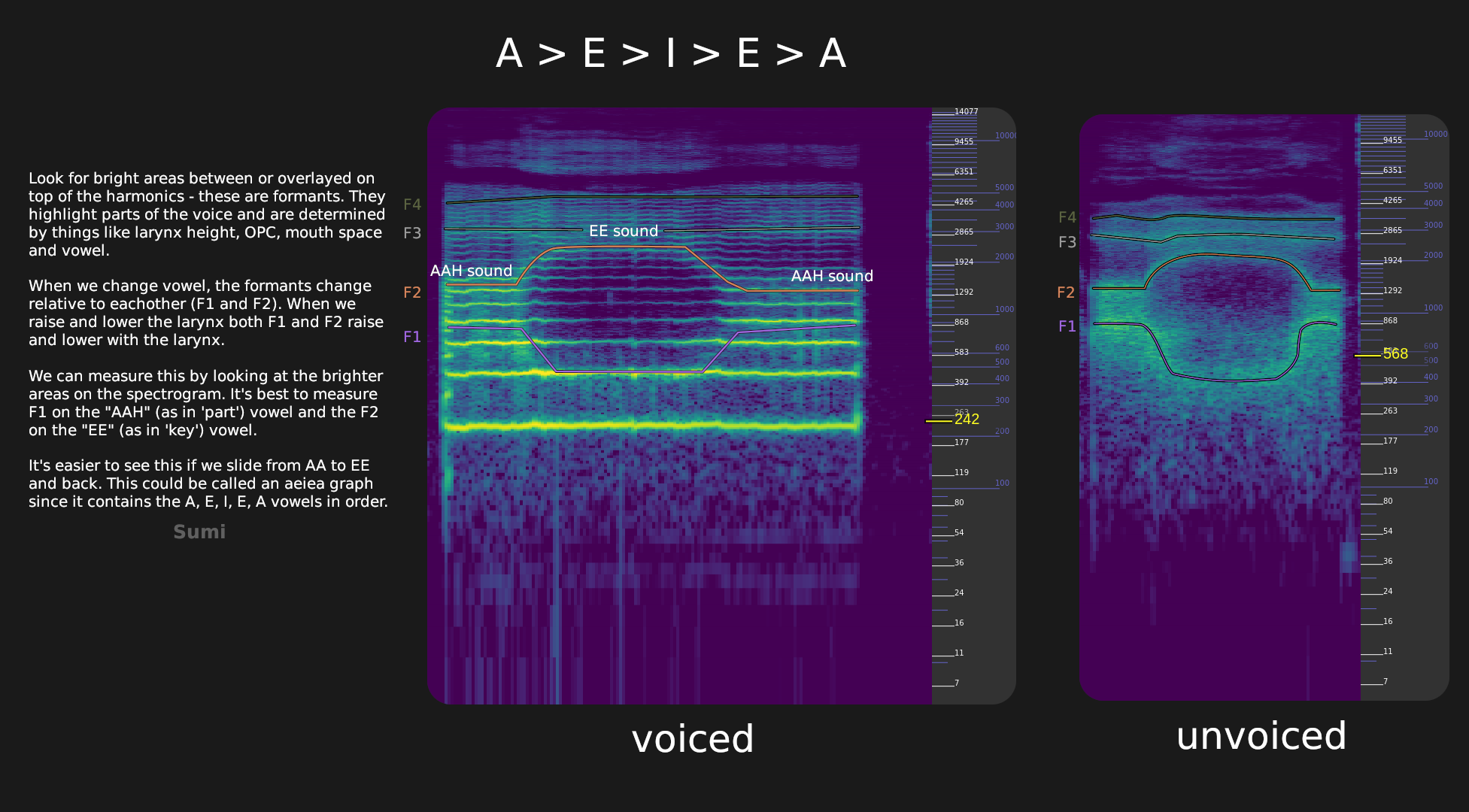 When we make different vowels, we move our mouth to change these formants so that the space between them is different, and that’s how we can tell what vowel someone is saying. Try saying “hat” and “hoot”. Notice one sounds brighter and one darker. In “hoot” we make the mouth longer by pushing the lips out slightly, and so more space and longer tube = lower resonance.

The following two sounds are at the same pitch (fundamental / F0), but at drastically different resonances. Larynx height isn’t the only thing changing here, but it has the most impact.

Since the larynx houses the vocal folds, moving it up shortens the vocal tract and raises resonance. The sound is created further up the vocal tract. The larynx moving is considered the larger modification in resonance, where vowel would be smaller.

Vowels change formants. By changing the mouth shape we can access different vowels but also increase or decrease overall resonance by shifting vowels to a higher resonance vowel like /.ae/ as in ‘had’. We don’t need to actually change the whole vowel though, but just get the shape of the vowel to shift slightly toward a brighter one. This is usually called macrovowel.

The back of the mouth, the palatopharyngeal arch can constrict to become a tighter space, which raises resonance. This can also encourage tongue root retraction which contributes to a cartoonish quality (see: Stitch voice).

Likewise, it can be expanded to lower resonance.

By changing tension in a few places in the mouth we can achieve a brighter or darker sound. Imagine pulling the corners of the mouth back for an A vowel like in HAD, then keep the inward pressure from the cheeks but remove the expression. This when done properly with enough practice causes a fairly significant shift in brightness. A common way to achieve smaller mouth space is to use macrovowels to get the overall small or large shape and keep that chape and space when speaking.

There are many ways to get a “twangy” sound. It can encourage nasality so it’s worth being aware of that. Twang adds upper frequency range information which means a brighter sound. It highlights parts of the voice around 2000-4000hz which is in the F2 range. It has a buzzy quality. This can add some brightness to a voice when added in very small amounts, so that we can go from a dark, soft sound to a bright crisp sound. It’s especially useful when imitating low pitch bright voices, and getting loudness at medium to high pitch without adding vocal weight.

Comparing not twangy meow sound with a twangy one:

Note on TH and SH Muscles 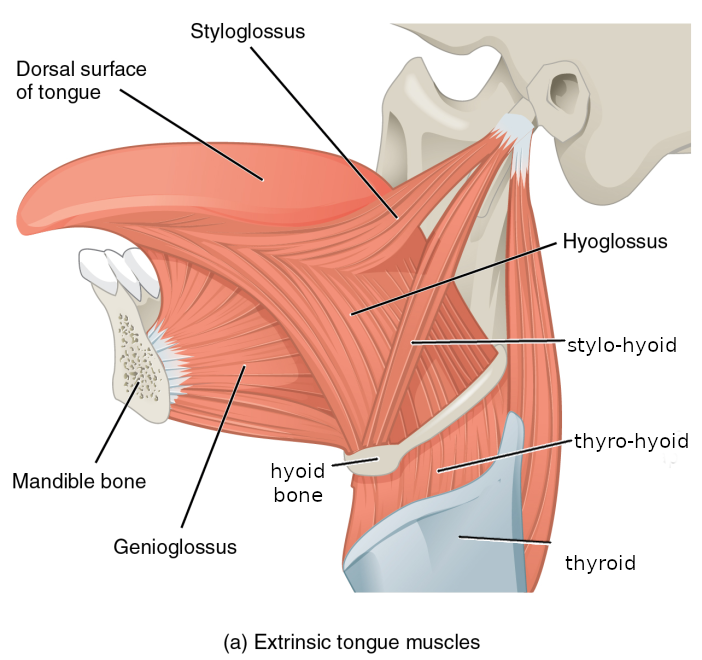 If we have a situation in which the resonance cannot go above around 700hz F1 (/.ae/ vowel) then it’s highly likely that only the stylohyoid muscles are being activated. It can be useful then to use high pitch to gain activation of the thyrohyoid muscles and then lower pitch while trying to maintain that configuration.

A more detailed explanation of how resonance works physically can be found here: Acoustic Resonance